Dalit: A Quest for Dignity 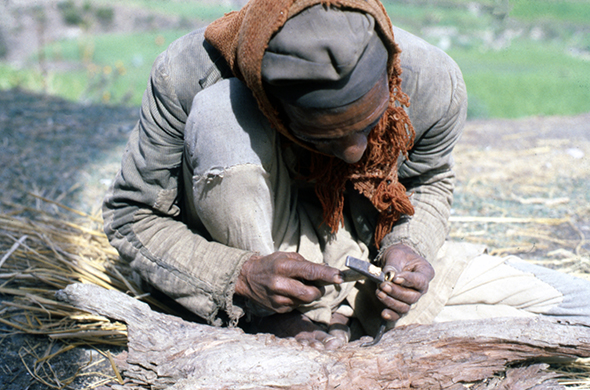 The struggle for dignity fundamentally shapes the Dalit experience in Nepal. The caste system in Nepal worked by not only maintaining material inequality between the upper castes and lower castes but also by ritualising honour and humiliation as everyday practice. The legacy of this brutality against Dalits in Nepali social life can, even today, debilitate the official commands of law and the state to end caste discrimination. Against this history, Dalits in Nepal struggle to break the identity of untouchability that the hegemony of upper castes thrusts on them.

During a morning break at Pharping Boarding School, everyone was served tea in ceramic tea cups, except for this sweeper, who, because of his caste, was given his tea in an empty tin can. Photo by Jim Fisher, Kathmandu, 1963.

The Masters of Tools

Dalits were the bricoleurs of Nepal: skilled at many things, holding an array of tools, and tinkering with the substances they have for multiple and creative uses. They were the repositories of technical knowledge and creativity. The vast majority of Dalits may have been agricultural labourers, but it was these supplementary occupations that defined their caste identity. High castes typically attributed the stigma of untouchability to these occupations and kept away from them. Thus, Dalits travelled around villages carrying and wielding their tools, forging metal, stone, and wood. They provided and improvised services of all kind. 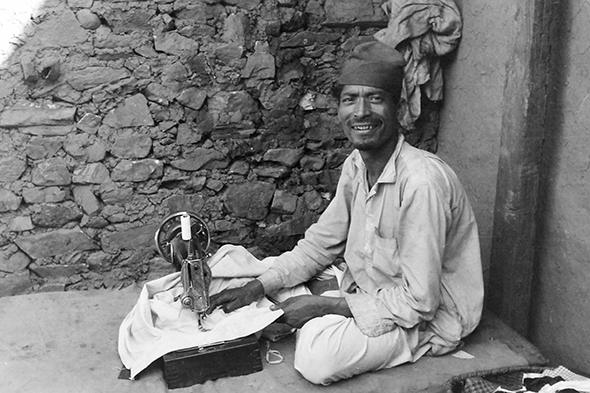 An itinerant tailor creates a work space for himself in Tilihar. Photo by Jim Fields, Lamjung, 1967. 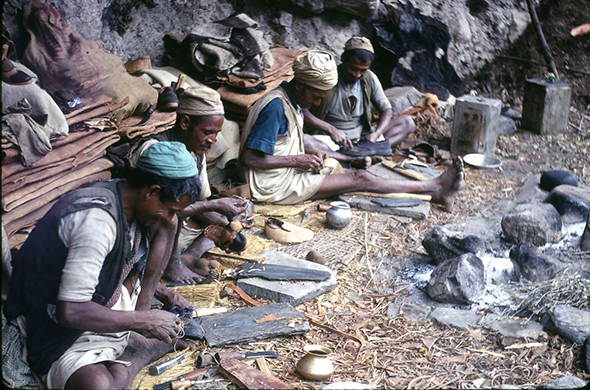 New shoes are made and damaged ones repaired by this group of cobblers who set up business along the trail between Bharse and Tansen. Photo by Bill Lambeth, Gulmi, 1966. 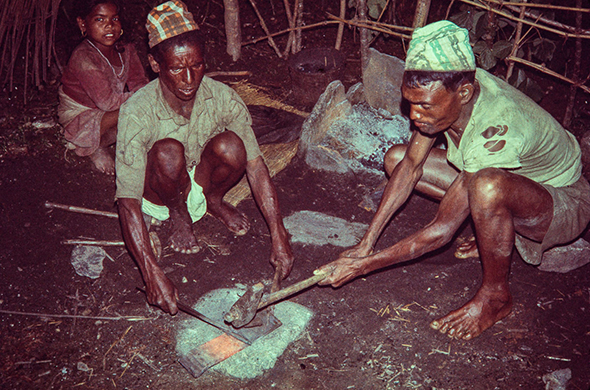 A blacksmith acts as a dentist to remove a tooth from a porter somewhere on the trail between Okhaldhunga and Namche. Photo by Bill Hanson, Okhaldhunga, 1970.

Since the start of the democratic movement in Nepal, Dalit activists have worked to create a counterpublic, a space from which the exclusion of Dalits from public life can be challenged. The quest for basic human dignity is critical to the Dalit counterpublic as it aims to overturn the very moral ground by which one understands the problem of caste. It shifts the focus from what Dalits are deprived of to what Dalits inherently possess. The photograph of the sweeper from Pharping represents some of the social, economic and political discrimination that Dalits have historically faced. By shifting the focus to the unique skills and innovations of Dalit groups community, we see how Dalits are beginning to make use of their own cultural pasts for a new and respectable identity.

The above text and photographs are part of a groundbreaking project named ‘Dalit: A Quest for Dignity’ by Nepal Picture Library, curated by Diwas Raja Kc. The fantastic book was launched in November 2018 and is available to buy here. Contact mail@picturelibrary.org for more information.