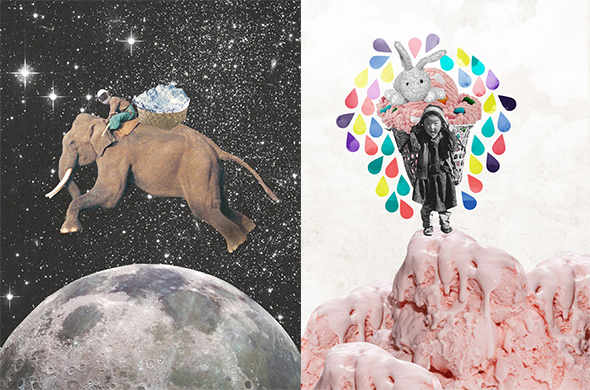 Nepal is a nation of transporters. In the treacherous Himalayas, Nepalis trek for more than 10 days just to trade salt for grain. In the southern plains, the sight of a daily load on heads is as common as any. In the hills, you will see women carry a doko on their backs, whether it’s filled with bricks or a pile of freshly-cut grass. In a small town buzzing with commercial activities, you will see those who carry their “shops” on their heads (usually an assortment of snacks is for sale), and those who march forward with the weight of a giant hay stack on their backs, heads bent towards the road. In the city, you will meet men who dangle stacks of fresh yogurt from their shoulders.

Everywhere there are children who skip school to go on a daily trek to fetch the family’s water supply for the day. Everywhere there are villages that until recently were accessible only by foot, where the mornings are greeted by the sound of bells around the necks of mules who carry goods in and out. Everywhere there are women who use one hand to steady the water canister on their head, and another to lift their sari up to navigate a wet passage soft with gooey mud. In some of these parts, things are changing rapidly, thanks to thousands of invisible hands and backs that loaded and unloaded rocks and stones to build an ambitious number of roads under the supervision of an armed Maoist movement. During this time, teenaged girls and boys were among those who showed up at the construction site in the early morning to fulfill the mandatory labor contribution required from each family.

Today, after a decade of major political transformations and upheavals, after the exile of a king, the end of a civil war movement, the dissolution of the old constitution, the composition of a new national anthem, and several attempts at reconstructing a functional government, Nepalis are still fighting for some very basic rights. One thing is for sure: though it may be a while before Nepalis can stop carrying a load on their backs, the transporters will continue to nudge on. It is to them that this series of collages is dedicated. 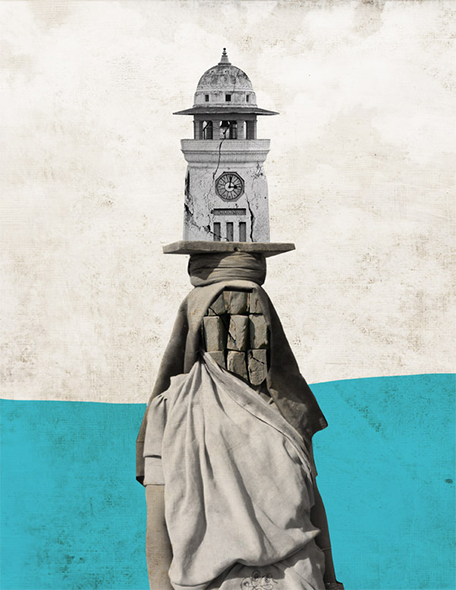 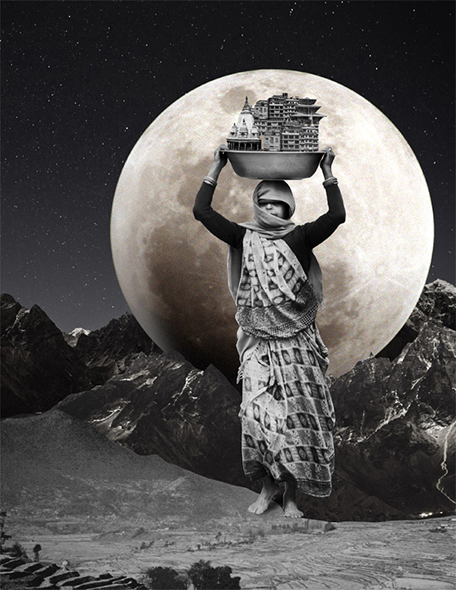 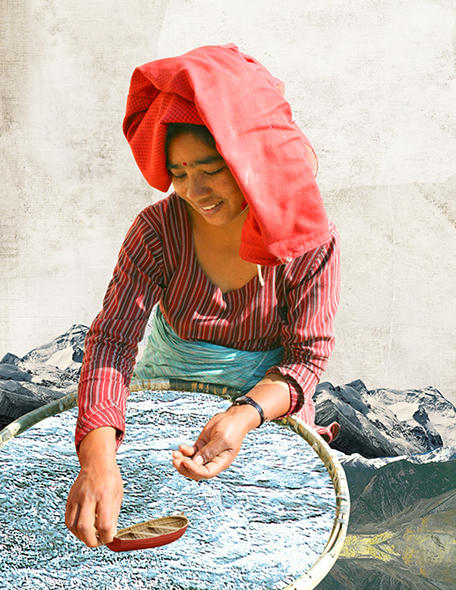 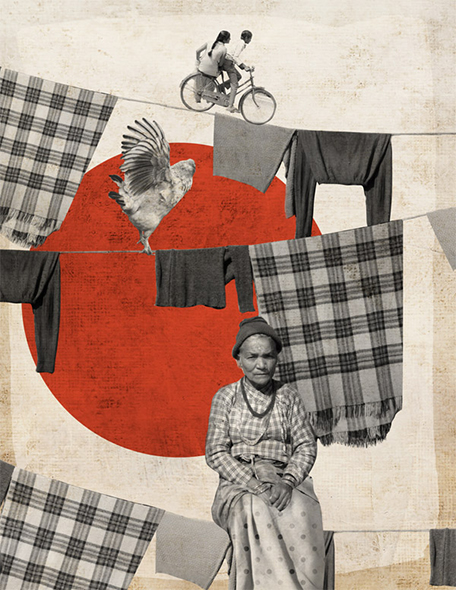 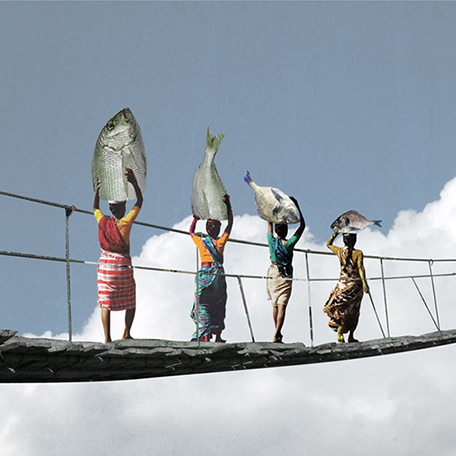 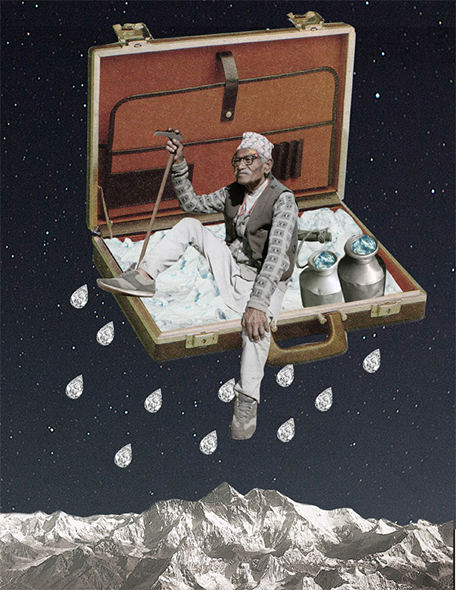 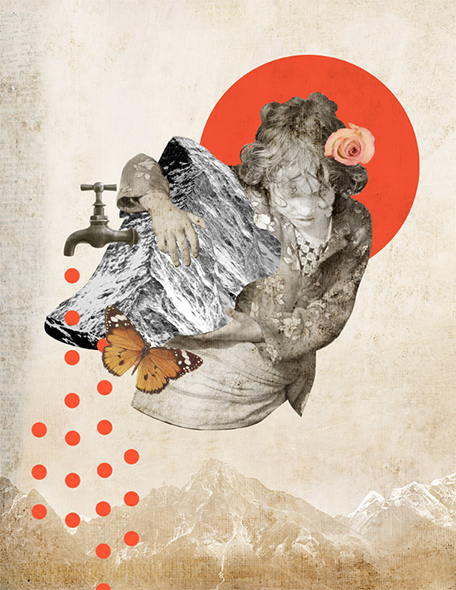 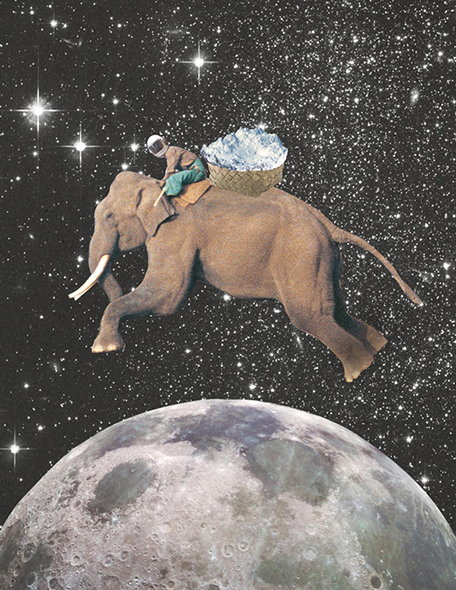 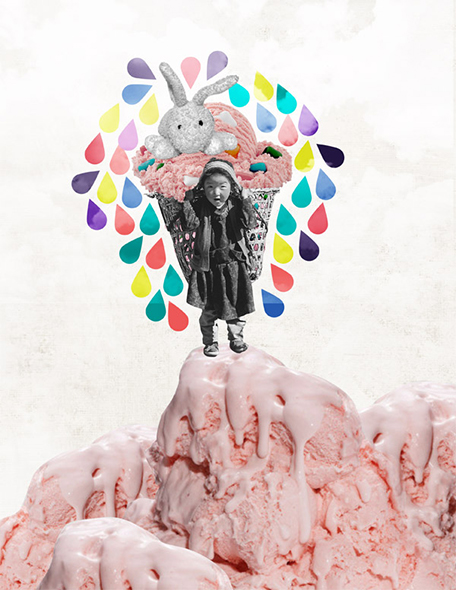 Artwork and words by Sahara Shrestha. See her work on Instagram @ssahara, or at sanssequel.com.